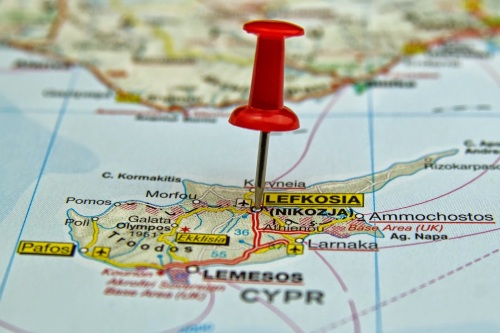 Why did Cyprus Conference, that took place in Switzerland, ended in failure? Which issues caused the failure? Which party is at fault? The answers of these questions are known on that island only by the TC leader, GC leader and their entourage.  The answers as well as  the details of the discussions held are also known by the US, Russia, EU, UK and UN that have been involved in the process right from the beginning.

In other words except for TC and GC people, all the other relevant parties know it all. But the failure of Crans-Montana concerns the communities the most as they are the one who live there and their children as well as grandchildren will be living there in the future too. That is why the minutes of Cyprus Conference that took place in Switzerland should be made public. Cypriots should find out why their leaders failed to reach a deal. It is not possible to make good/healthy decisions about the future by relying solely on the statements made by the leaders as their statements do not aim at telling the truth but managing the perceptions and leading the public.

The lies that have been told by the leaders for the past 50 years are bigger than the island itself.

For example the TC side claimed that the GCs are not in a rush and that the process failed as GCs are not keen on a solution. Is this really true?
Also, GCs said “ the talks failed as Turks are greedy”. Is this true? I have been following the process closely through the diplomatic sources and I know that the leaders are not telling the truth and misleading their own people.

One has to know the truth to be able to make the right decisions. If the people do not know the truth, the leaders would go on  with these kind of exchanges and travel back and forth to Switzerland for another 50 years.

Here is an example: Turkish side gave the impression that big concessions have been made regarding Turkey’s right of intervention and troops on the island and that the issue was not resolved despite Turkey’s concessions  as GCs insisted on zero troops-zero guarantees. It is  true that the GC leader went to Switzerland by saying zero troops-zero guarantees.

But the GC-Greece changed their stance and tabled a proposal for Ankara which is as follows:
-a mechanism to be set up and through the relevant mechanism Turkey and Greece would establish a commission and monitor the extent to which solution the deal is respected and that  the relevant mechanism would replace the guarantees.
-Parallel to the relevant mechanism, Turkish and Greek troops would be reduced  to the amounts indicated in 1960 Treaty of Alliance (800 Greeks, 600 Turks)

Ankara did not accept the proposal in question. “ It would take time for the suggested mechanism to replace the security-guarantees. Let’s keep the current system few terms. the number of troops could be discussed later” they said.

Akinci supported Ankara’s proposal by saying “the existing treaty of guarantee should be abolished after 3 terms of presidency”. Without specifying any numbers he wanted a certain number of troops to remain on the island after a solution. There is another dimension of guarantees that has not been discussed which is: EU does not even accept a temporary Turkey’s right of intervention over Cyprus. This idea has been communicated to Akinci and Ankara officially. UNSG Guterres also confirmed in Switzerland that unilateral right of intervention cannot be maintained after a solution

There are two decisions taken to enable TCs feel safe which are:
(1) 2500 individuals of a multinational police force that will also include Turkish police

Had we known these, would TCs have felt differently about guarantees?

Here is what I think:
-if one genuinely wants a solution, it is important to put oneself in the other’ shoes.
-One should accept that one will not be able  to get all s/he wants.
-One should think about the future and not the past.

*** This article is written by Metin Munir published on t24.com.tr and distributed by Cyprus Dialogue Forum member organisations as a part of daily media review. I just wanted to post it here, as I believe that it has to be read by many who are interested on Cyprus issue. (Mertkan Hamit)